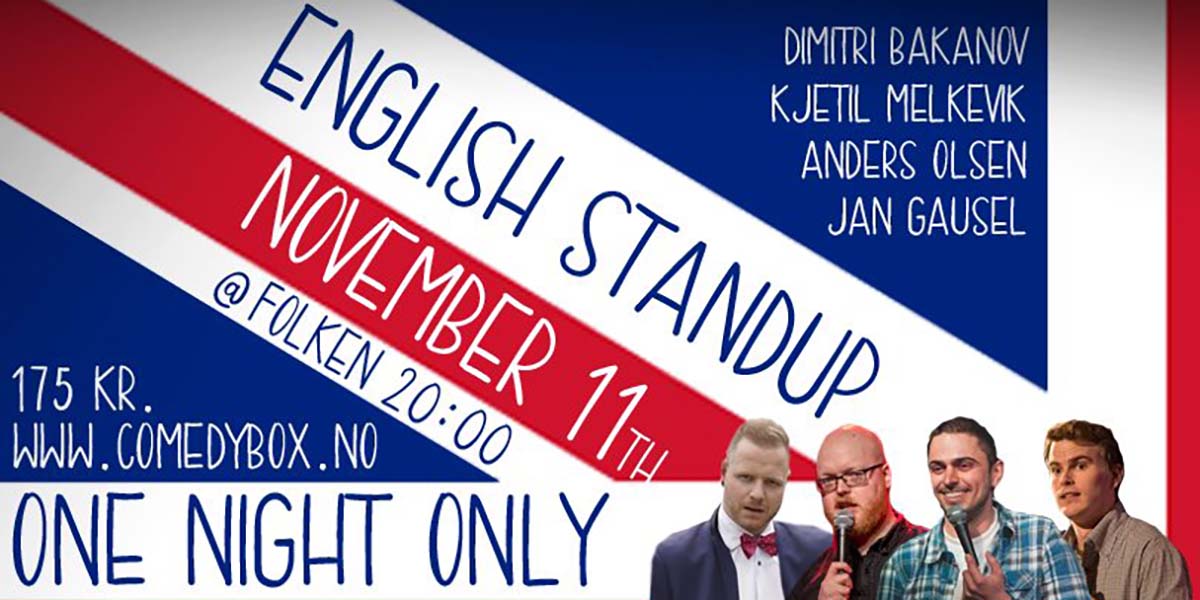 Doors open 7:00 PM
Show starts 8:00 PM
CC: 175 kr.
18 years of age
TICKETS
----------------------
Dimitri Bakanov is fast proving to be an audience favourite with his honest, sharp and often dark humour. He has quickly established himself as one to watch - in his first year he reached the finals of both the Leicester Square Theatre New Act competition and the Laughing Horse New Act competition. Dimitri is currently performing in comedy clubs all over Britain to a great reception. He has been to Folken many times, and has always left the audience gasping for air.

MC - Kjetil Melkevik, who's currently on his 7th year doing standup. He has performed all over Norway, and in 2018 he warmed up for TJ Miller in Stavanger.

Jan Gausel, straight outta Kvernavigå with the most absurd stories about life in Stavanger's ghetto.

Anders Olsen, a master of self-deprecation, yada-yada, you get the point.