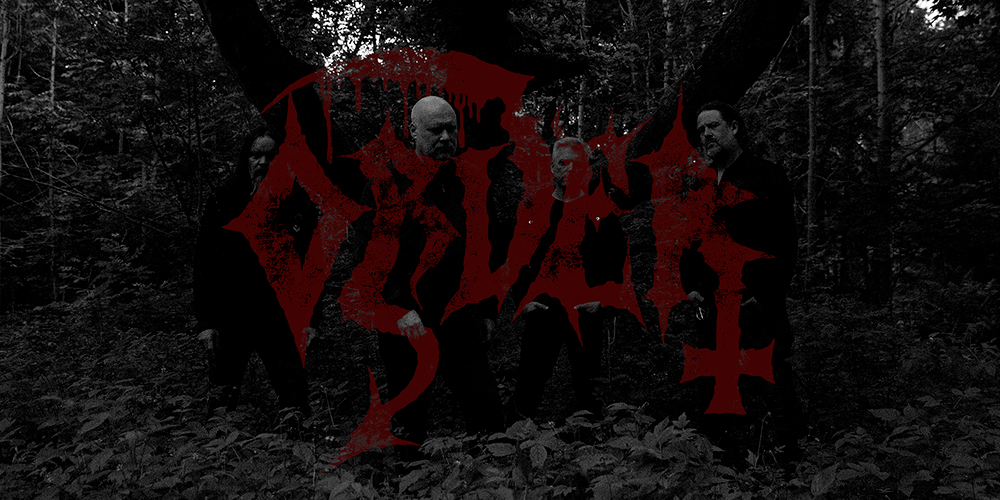 Engelsk bio:
ORDER was founded in 2013 by Anders Odden, Rene Jansen, Kjetil Manheim and Billy Messiah. The four being respectively responsible for early-stage Norwegian death metal (Cadaver) and the origin of the Norwegian Black metal (Mayhem). In 2014, Jansen sadly passed away, leaving the project unrealized. The remaining members decided to move forward despite the setback. In 2015 Stu Manx (Gluecifer) joined the band and set the band back on its quest to make unpolished raw black metal anno the 21st century. To honor Jansen the band released the demo tape Folly Grandeur with rehearsal recordings the following year and in 2017 the debut album "Lex Amentiae" was released on Listenable Records, bringing the world the first sound of what ORDER could contribute.

It has been four long years since then, and they are now finally ready to release their long awaited second studio album, The Gospel. This time showing the world what strong recipe the current lineup represent. While the band was very satisfied with their debut album, The Gospel is on a totally different level, according to the band. “This time we have arrived at a place where the creative flow truly feels unique and to the core of ORDER”, Kjetil Manheim says and continues. “In The Gospel you will meet us on a very personal level. In this record we open ourselves and invite you into our innermost, both musically and through the lyrics. If you ever wondered who we are, and where we come from musically this album is an answer.”

The album brings memories from the past back to the present. Billy Messiah and Kjetil Manheim met in the 80ies when Euronymous, Necrobutcher and Manheim had established Mayhem. Mayhem’s demo tape Pure Fucking Armageddon was already being copied and distributed through underground networks to dark corners around the world, and what was to become their next release Deathcrush was emerging from their creative sessions in the converted pig cellar that was their rehearsal studio. The sounds that were made still rings today, and to many it marks the beginning of black metal.

To Mayhem it was about more than music. It was something very deep and personal. Something more like a statement, a declaration of what and who they were. Later it was echoed in what was to come after.

Deathcrush and Pure Fucking Armageddon was in all its brutal and unrefined packaging a sincere and limitless exposure of the creators. In many ways the project defined them as much as they defined the project, and the bonds that were made back then where strong and have been strong ever since.

When Billy and Manheim joined forces with Odden and Jansen in 2013 it was to see if some of that force from the bond and common ground could be manifested into something new.

“To play together again, and not just meet for a beer was great”, Manheim recalls. “We met in the studio and by the first chord it was like coming home”. While both Anders and Rene had followed their passion in metal music, Billy had followed his parallel passion for punk and Manheim had spent the time after Mayhem exploring his interest in experimental music and noise, an interested he shared with Euronymous in their side project L.E.G.O during the Mayhem years.

Together again they made music that brought to life sounds from the early days, and with The Gospel they have arrived in the energy field that fueled the early era where they first met; the Deathcrush era. “I think we needed the years we have existed as Order to get close enough to truly deliver something close and personal within the metal expression again”, says Manheim. “The energy and sincereness are back in many ways. Not that what we have done before has not been sincere, it most definitely has, but the feel and energy that has surrounded the making of The Gospel has been liberating. While it was like a homecoming when we started to rehearse together again in 2013, this album feels like a homecoming to an era”.

“I hope fans will recognize it when they listen to the album” he says. “All songs carry a gospel of the inner anger, pain and struggle all humans feels and struggles with, but in which we cannot separate us from without losing ourselves. This is the driving factor in our creativity, this is where we find ourselves most aligned. This is at the core of what drove us to create in the 80ies, where we find common ground today, and where our best works emerge.” Manheim explains adding that the lyrics to the title song also tells a true story of its own.