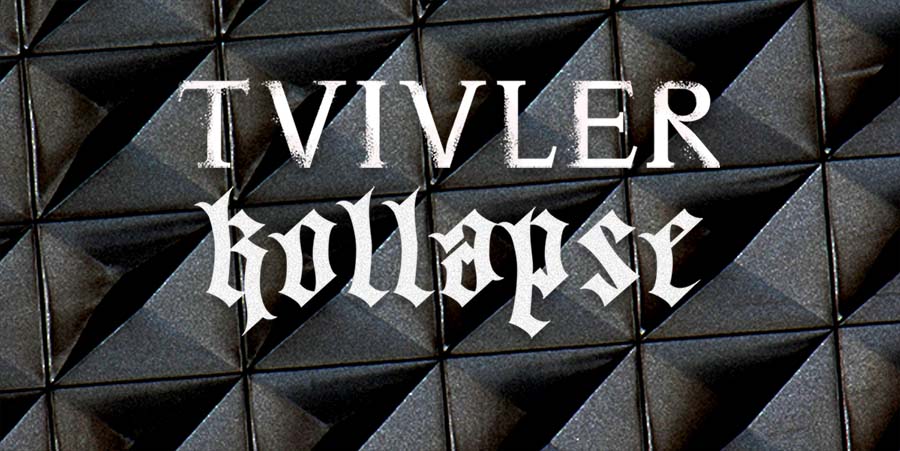 In 2014, the band was formed on an ambition to write fast, dirty, intimate and violent music. That ambition was expressed in 2015 - 2017 in the form of three EP’s under the title Negativ Psykologi #1-3, and shows in Denmark, Germany, France, Czech Republic and Slovakia. In 2017, Tvivler performed at Roskilde Festival and went on to compose what was to become their debut album EGO.

EGO is an album of courage and defiance. It is an album about relations and relations to self, about knots and inner monstrosities. It is songs in the neoliberal Copenhagen, songs from late modern life, songs about the insides of capitalism, about keeping up without holding on. It is an album of songs about reclaiming life from hopelessness. About wanting and committing to what is important.

All band members have been active on the Danish scene for a long time. Feltheim and Clausen were in the hardcore band Children of Fall and mathrock outlet Obstacles, Burø sang for Lack, and Ogstrup is still active with Town Portal. Throughout these bands the music has always been adventurous, expressive and energetic. Tvivler is the logical continuation of this spirit; it's a punk band with equal love for Blondie and Brutal Truth.

Kollapse are a trio from Denmark who play visceral and haunting music that is uncompromisingly personal and filled with despair. Passion and intensity are the driving forces of the band and they have always shied away from any specific music scene or genre, but have variously been called progressive hardcore, noiserock, post-metal, and so forth. Informed by expressionist art, existentialism, and living in the northern part of Scandinavia, Kollapse has continuously incorporated desire, grief, and the inherent human need to scream at an empty existence, into their music.
Their music follows the paths carved by the likes of Edvard Munch, Carl Th. Dreyer, and Stig Sæterbakken and their brutal realism.
Kollapse are not offering any half-hearted solutions or post-modern irony; instead, the band reaches out into the world with bloodied and coarse hands. The band has been haunting the European music scene for more than 10 years and have played a long line of intense show in countries like Germany, England, Denmark, Norway, and Sweden. The diverse nature of their output has made Kollapse a versatile band and they have played shows with a wide array of great bands across different genres.

The Band Consists of
Peter Drastrup on drums?Peter Clement Lund on guitar and vocals
Thomas Martin Hansen on bass and vocals